Visit Odisha and Its Most Beautiful Sun Temple at Konark

Visit Odisha and Its Most Beautiful Sun Temple at Konark 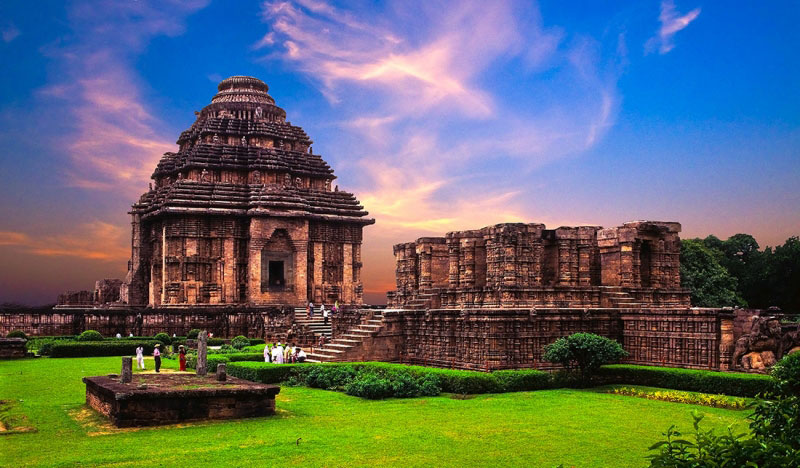 The word Konark , seems to have been derived from the deity or god ‘KONARK’ which means Sun god of the corner.The workd ‘Arka’ denotes Surya and ‘Kona’ means corner . Hence Konark means ‘Corner Sun ‘

The beautiful Sun temple was built by the king Narasimha -1 , who belonged to the Eastern Ganga Dynasty. Konark was considered as the most appropriate place for construction of a sun temple because it had a special importance as served center of sun worship.The sanctity of Konark , might have been the main consideration for erecting a temple there .It was erected very near to the sea shore. In honor of the rising sun of the sacred places of Odisha , Bhubaneswar , Puri and Jajpur which had already grand temples and therefore Konark was the obvious choice for building a stupendous temple which Fergusson pronounced as ” the most beautiful of Odisha !!”

There is a legend surrounding the construction of this majestic temple , the story about a young boy named as “Dharmapada”. It is said that for sixteen years more than twelve hundred carpenters and masons worked in the construction of this majestic temple. Visu Maharana , the master craftsman had left his wife who was expecting , who later gave birth to a boy after he left.The boy grew older and finally set out on a journey to reunite with his father whom he had never met , but how would he identify him ? His mother gave him the fruit of a “barakoli” tree that grew in their courtyard telling him that only his father could identify it .He set out on a journey and finally met his father , but the reunion could last long as he got to know that a sword was hanging in the air around the necks of the 1200 workers including his father . With all his skills the young boy climbed the temple top and placed the final piece on the top. The workers couldn’t thank Visu enough , but if the king got to know that a young boy completed the work , they would loose their bread and butter . So to save the honor of the workers the young boy gave up his life by jumping from the temple top into the sea !!

The temple also has been declared as a world heritage site by UNESCO in 1984. The entire temple is in the shape of a Chariot and has twelve gigantic wheels , the spokes of which create a sundial . The shadows of the spokes in the wheel help to calculate the time of the day accurately. The temple was built in such a way that the first rays of the sun would strike the idol during sun rise .On the either side of the entrance stand two figures of lions crushing an elephant under which lies the body of a human . the two figures depict how two flaws pride ( lion ) and money ( elephant ) destroys a human .

The temple is one of the most visited tourist destinations of Odisha. Annually the Konark dance festival is also celebrated here . This festival is celebrated on the first week of December and is treat for lovers of Classical music and dance forms like Odissi , Kathak and other dance forms from all over India .

HOW DO YOU GET THERE ?

Konark is just about 75 kms from Bhubaneswar . Alternative Tours organizes  a konark day trip from Bhubaneswar with a professional guide who can explain you about this beautiful monument at a very nominal and reasonable price .

HOW MUCH IS THE ENTRY FEES ?

WHAT SHOULD I CARRY ?

We advise all our guests to carry an umbrella , a hat , walking shoes , mineral water and of course don’t forget your camera .

WHERE TO STAY AND WHAT TO EAT ?

Since it is just 75 kms from Bhubaneswar , you can either stay in Bhubaneswar and make an excursion or stay in Puri . There are few good hygienic restaurants near Konark , we recommend to eat at Puri or at Panthanivas near the temple premises .

IS IT OPEN EVERYDAY ?

Yes we recommend to use a Guide in Konark.