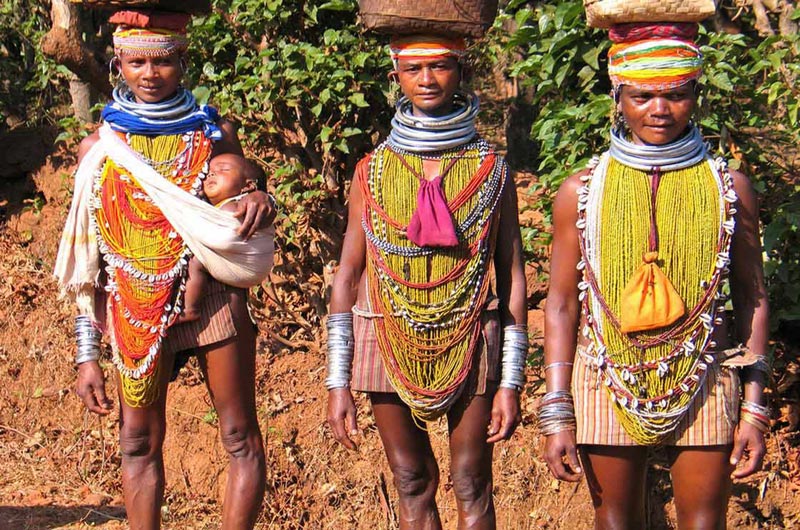 A big part of the land of this state Odisha is covered by dense forest especially at border areas and these forests gives perfect environment for Odisha Tribal Tour to live with their communities at a safe distance from modern world. So in the tribal areas of Odisha these are lots of tribal people happily living in their traditional ways. Odisha is one of the 29 states of India, located in eastern part of the country. This state Odisha is surrounded by the other states like West Bengal to the north-east, Jharkhand to the north, Chhattisgarh to the west and north-west, and Andhra Pradesh to the south. This state is 3rd most populous state of India in terms of tribal population. Here at this state more than 62 distinct tribes are living in the remote areas those are called tribal areas.

For the tourist those wanted to explore the lifestyle of tribal peoples for them Odisha Tribal Tour is a perfect way of fulfilling their desire.

The thing is here at this state lots of tribal communities are living and they are untouched they are living completely in traditional ways, they hunt, they wear simple clothes made by themselves, they sing and dance in traditional way and Odisha Tourism provides a safe and secure environment in which tourist can stay some couple of days or week with tribal people in their villages and study their lifestyle. A tour guide who knows the language of tribal people will help you in understanding the people and their life along with that he helps you in communicating with them. Also the cost of tribal tour packages in Odisha is very less so you can easily book your tour package and enjoy a peaceful and happy time with tribal peoples.

One thought on “Odisha Tribal Tour: An Arrangement to Know Real Tribal People”