Discover Jagdalpur – The beauty of Chhattisgarh

Discover Jagdalpur – The beauty of Chhattisgarh 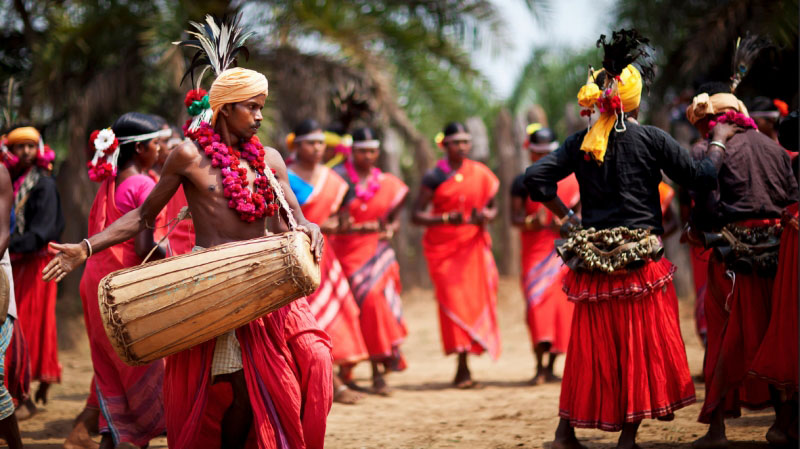 Jagdalpur also known as the  headquarters of Bastar district is not only an important city but also one of the places one should not visit when they are doing a tour of Odisha and Chattisgarh. Beautiful waterfalls , magnificent landscape , culture of the tribes and the colorful weekly haats have been attracting tourists from a long time .

HOW TO REACH JAGDALPUR ?

PLACES OF INTEREST IN BASTAR REGION

Kanger Valley National Park : The name is derived from the Kanger river which flows through it.It was given the status of a national park in 1982 and animals like wolf ,sambhar , bear , leopards and even a tiger can be seen here. There are no wildlife safaris in the park till now . A variety of birds can be found in the park like the spotted owl, peacock , parrot , eagle and patridge . The state bird Bastar Myna from the family of hill Myna is also found here.

Kutumsar Caves : One can find beautiful formations of Stalactites and stalagmites here formed over thousands of years as a result of the action of rainwater on limestone. The entry points are very narrow and you would require a torch to go through these caves as it is very dark . We recommend to avoid Kutumsar caves on the weekends , when the queue at the entrance can take anywhere upto three hours .

Tirathgarh Falls : This is another popular weekend destination in Jagdalpur . Men and boys can be seen wading about in the shallow pools nearby. There is temple nearby with a priest where revellers pay obeisance , on a slightly higher ground there are the remains of an ancient shrine .

Chingitarai : A colorful “haat” or weekly market takes place every week at Chingitarai on the Sundays. There is also a small Shiva Temple near to it . A haat is a local market where the tribes come to barter goods . Weekly provisions are brought in exchange of cattle , vegetable , fruits and local brewery .Even if there is a ban on cock fights across many haats by the administrative authorities , you may find guys standing around in a wide semi arc with occasional shouts of cheer . Fights last from less than a minute to 5-10 minutes , the longer it lasted higher the money placed.The women stay away from the arena but can be found nearby vending mahua from large earthen pots and selling red ants ( considered to be a delicacy in Bastar ). The tribes call it Chapra and a small portion served in a bowl made of leaf costs about 30 rupees.

In the past any kind of transaction was as per the barter system and the wares were mostly forest produce like mahua , red ants , tendu leaves , vegetables , dried fish , meat , wild fruits and honey . The villagers assembled at an open ground on a particular day and exchanged commodities as per requirement .Gradually the inventory expanded to include basic household items like baskets , brooms , clay pots and ropes . Later Currency became a standard . Catering to demand , the haats began selling shoes ,jeans , jackets , skirts and saris . Then stalls dealing with jewellery also opened . Cock fights are always organized at the haats but a bit away in a secluded  region as it is banned by some of the authorities , close to it are also the local alcohol stalls with snacks like red ants . The list of haats in Bastar region is as given below :

Chitrakote Falls : The magnificent falls is along the Indravati River and is approximately 96ft. Most visitors stand along the rim of the falls and gaze down in genuine astonishment . Those who want a closer look head down a steep flight of steps to the riverbanks where traditional boats are in place and will take you on a tour . Across the waterfall there is a soft sand beach from where the rocky boulder protrude out into the water .Boating charges cost you 100 rupees an hour.

Bison Horn Maria Gonds : As we travel across villages in the Bastar district we come across the Maria Gond tribe. Known for their colorful dance adorning colorful costumes and head gears made of Bison Horns , The Marias have carefully preserved their culture and traditions from a long time . By profession they are mostly into  agriculture and grow crops like rice and millets in the whole year . The house are made of Stone slabs and it is said the slabs help in lowering the temperature  in hot and humid conditions . If you are interested to see the traditional dance , it can be arranged by consulting the village chief and other members .

The best place  recommended to stay in Jagdalpur is the Hotel Naman Bastar . Rooms would cost approximately 3500 rupees with breakfast only . This however is a fully vegetarian hotel and serves no alcohol or meat and poultry . If you are looking for budget accommodations and centrally located then there is the Rainbow hotel , rooms are offered at 1500-1800 rupees with breakfast.

Alternative tours pvt ltd , runs tours to Chhattisgarh from Odisha round the year . Drivers and guides are provided who know the road well and can interact with the local people.