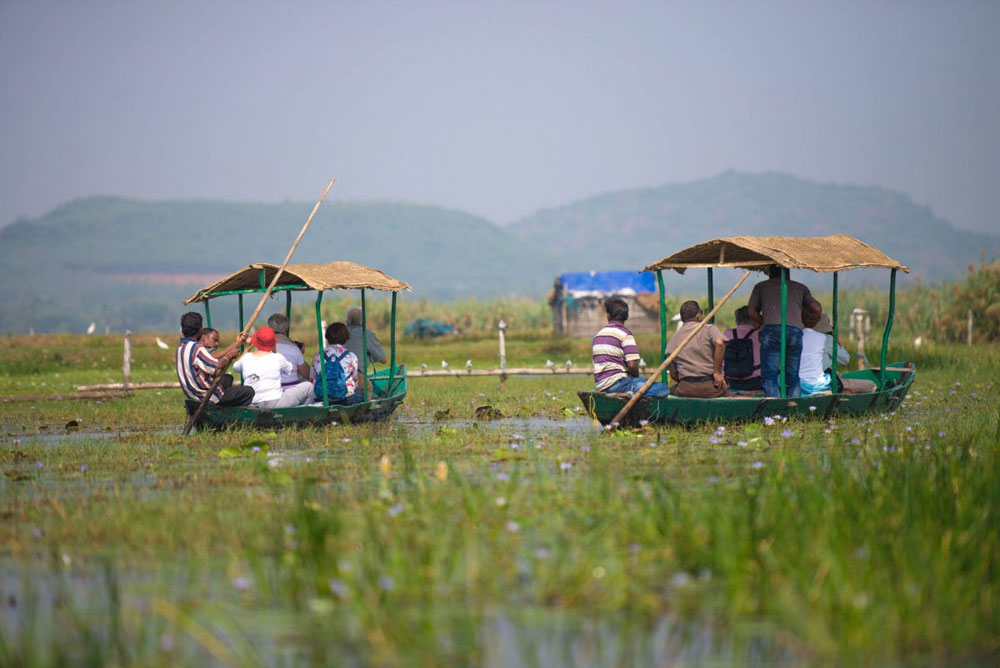 Like a beautiful pendant , Chilika adorns the necklace of Odisha coastline. On the east coast of India it is one of the largest brackish water wetland of Asia . It is the largest wintering ground for migratory birds  found anywhere in the India Sub continent . It is a hotspot of biodiversity that shelters a number of rare , vulnerable and endangered species that includes the rare Irrawaddy Dolphins and the limbless skinks ( Barkudia insularis ) . The Nalabana wildlife sanctuary is located within the lake .

The lake is a highly productive ecosystem . With rich fishery resources , it sustains the livelihood of more than 2 lakh fishermen who  live in areas near the lake . The traditional methods of fishing in Chilika as been Janao , Bahano , Dian , Uthapani and Dhaudi.

Based on its rich biodiversity and socio-economic importance , especially as an important water- fowl habitat , Chilika Lake was declared as a Ramsar Site in 1981.There are a numerous set of islands spread across Chilika Lake which include Mahisa , Berhampura , Nalabana , Kalijai , Solomon , Honeymoon , Breakfast and Birds islands.

Why is Chilika a RAMSAR site ?

The vast diversity of Chilika Lake offers ample of scope for carefully planned eco tourism . The inviting islands of southern sector with vast stretch of blue water , the endless unexplored stretch of empty beach across the sand bar separating the lake from the sea , millions of brilliant migratory birds during winter , the Irrawady dolphins are some of the unique features of the lake and hold immense potential for development of eco tourism .

Places in Chilika Lake , not to be missed !!

Kalijai Temple : The temple is located on an island considered to be the abode of Goddess Kalijai. There is alot of history behind this temple .

Birds Island : This island is situated in the Southern part of Chilika Lake . Some of the rocks are painted in white color , which is actually the dropping of the birds .During winter migratory birds are sighted here in large number .

Satapada : It is located in the eastern part of the lake and is a day excursion from Puri ( 50kms ) . The major attraction of the lake is the Irrawady Dolphin, once found in large numbers but now is considered an endangered species. You can enjoy a boat ride here to see the dolphins and have a snack in one of the islands near the sea mouth.

Mangalajodi : These are also known as the backwaters of Chilika Lake . It has become a paradise for Bird Watchers now . Enjoy a boat ride on a canoe to see the birds from a very close range. Boats can be hired for 800 rs and accommodates 4 people maximum . Day tours to Mangalajodi run everyday , and is highly recommended in the months of December and January.

How to reach Chilika ?

We recommend to visit during October to February , to see the migratory birds

There are not many options at Chilika Lake . People interested staying near Barkul or Rambha can stay at the government run Panthanivas  , which can be found in places like Rambha , Barkul and Satapada .

People can also opt to stay at the beautiful Mayfair Palm beach resort after visiting the lake.